End of Faes is the eighth episode of Season 5.

Bo and the gang attend a party with a mission to take down a new enemy. 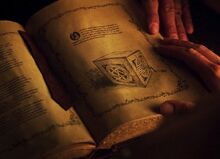 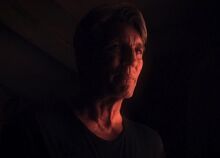 Zee's Aegis Shield appears for the first time on a wall of the penthouse occupied by the Ancient family. It's interesting to note that during the scene between Bo and Lauren at the end of Fae Gone Wild — when Lauren tells Bo about being in the Congo, Nadia's comatose state, and why she became enslaved by the Light Fae — the music used for the soundtrack of the scene was Aegis (by Johnny Hollow), which continued through the closing credits.

Retrieved from "https://lostgirl.fandom.com/wiki/End_of_Faes?oldid=44531"
Community content is available under CC-BY-SA unless otherwise noted.